Halloween approaches; a time of strange goings on, when people deliberately choose to scare themselves, or others decide to… This is the time I chose in which to set my psychological thriller The Perfect Friend. 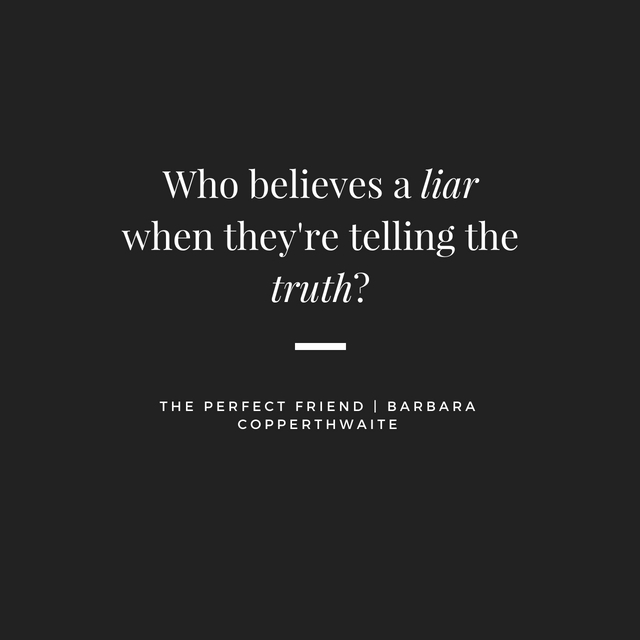 Just who are Alex and Carrie, the two women at the centre of The Perfect Friend? It’s been such fun getting under the skin of these two women. Their backgrounds, complexities, similarities and differences have been burned into my brain to such an extent that I now feel almost as if they are real and have chosen to reveal themselves to me, rather than being creatures of my own creation.

Alex is clearly vulnerable, struggling every day to deal with what life has thrown at her, to come to terms with decisions she has made that haven’t always been wise. She is 44, and empty nest syndrome has triggered the anorexia that ravages her body and mind; all she wants is to be a wife and mother once again. 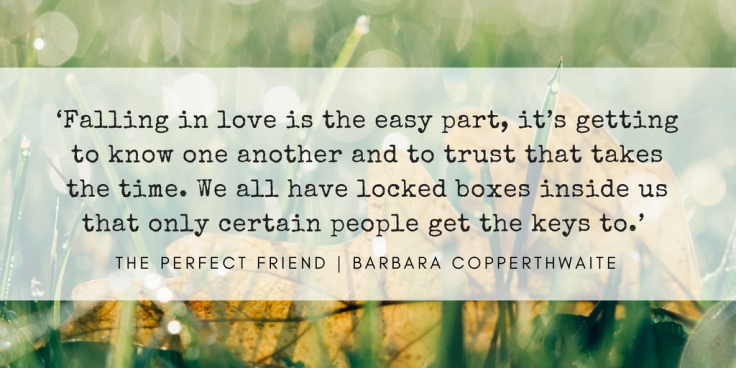 Despite her fragility, I admired the strength she shows every single day to try and inch her way back to normality and put her problems behind her – and let’s not forget her desperation to make amends for the past. She is haunted by guilt, and that is the driving force behind all of her decisions. Somehow, she is determined to make things better and rectify her mistakes, no matter what the emotional cost; that means that sometimes, despite the good intentions, wisdom isn’t informing her new choices. 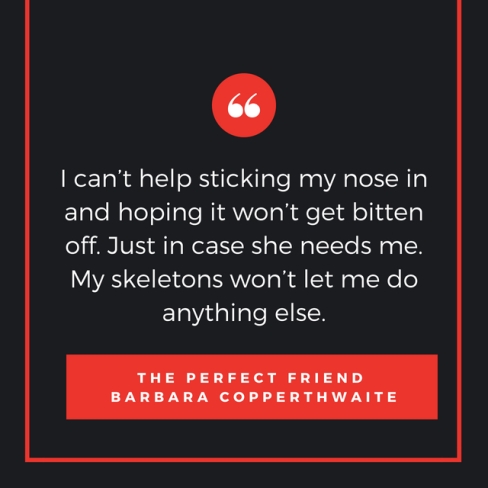 Carrie is her polar opposite, and being almost half Alex’s age, is like a surrogate daughter to her. Despite her youth, she’s tough in the face of a terminal diagnosis, and always positive, refusing to give in to what life has dished out for her. Nothing and no one are going to daunt her or stop her doing what she wants, and she encourages Alex to relax, enjoy herself, and be more ‘glass is half full’.

But when mysterious threatening messages are delivered to her, it’s clear there is more to her than meets the eye. Alex’s interference means Carrie is blissfully ignorant of what’s going on. Instead, Carrie continues to concentrate on trying to improve the life of a woman she’s grown so close to she almost thinks of her as family. But will Alex’s good intentions cause more harm than good? Will their friendship end up destroying one another? 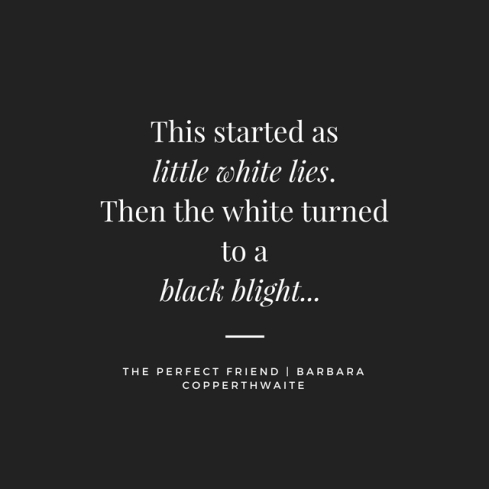 Carrie was incredible to write, and in many ways empowering. She’s a survivor, just like Alex – they are two sides of the same coin. I don’t write about helpless women being in jeopardy and needing to be rescued. I create women who deal with jeopardy and save themselves and those they love, whatever it takes. Sometimes that means making morally dubious or down-right dangerous decisions. Inserting suspicion, then paranoia into the relationship between Carrie and Alex, and using them to prise open the cracks in their friendship into chasms was a fascinating experience as I discovered how each woman reacted. 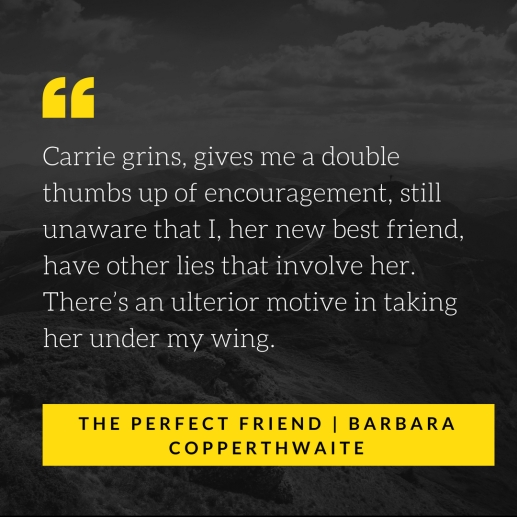 Female friendship is built on commonality and the exchange of secrets, on making ourselves vulnerable in order to let someone in. Exploring how lies can be used to protect ourselves or others, or produce devastating harm, is a theme throughout the book. 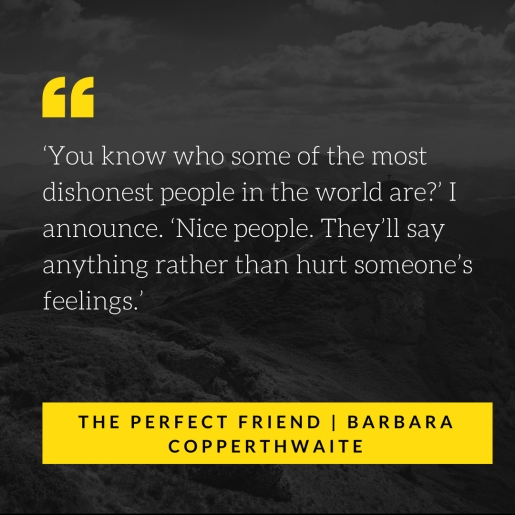 Would I get on with either woman in The Perfect Friend if I met them, I found myself wondering. Knowing them as I do, with all their secrets laid bare to me, yes, I think I would. Both are a curious mixture of tough yet vulnerable, and it would be wonderful to sit down with them and chat. Alex would talk gently, always watchful and wary, but once drawn out she’d become more talkative. Carrie would be the entertainer, suggesting we do shots, or go dancing, or do something crazy. She’d make me feel instantly at ease and ask me all about myself. It would be lovely. But could I trust what they tell me? Ah, now that is a different story…

About THE PERFECT FRIEND 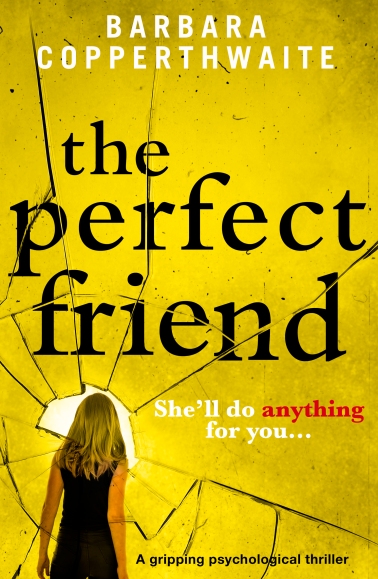 My name is Alex, and my world has been shattered.

My husband has left me.

My children won’t speak to me.

My friend Carrie is the only person I have.

She’s the only one I can trust to keep all my secrets.

She’d never do anything to let me down.

This dark, gripping psychological thriller will have you holding your breath until the very last page.